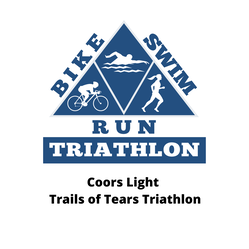 Race report:
First of all, I’m so happy to able to race in 2020 even if it’s just a small sprint race.  It was a 2-hour drive from home so we had to wake up early and leave for the race! We got there around 7 and the race started at 9am so I had plenty of time there to rack my bike, get warmed up and get ready for the race. It was around 100 people who showed up with some fast guys so it looked like it will be a good race! Racked my bike in a good spot and then headed down to the beach, did my warm up and I was ready to smash the race! It was 8:50 ten minutes till go time, the swim was in a lake with beach start which ended up starting in the water! Women started first and 5 min after the men. I was happy with that because I can catch up to some of the women and get a little draft and I don’t have to look all the time where to swim. The first 100m was a straight out sprint, looked around 2 guys were still there on the right so I pushed another 50-60m to try to get rid of them which was successful, reached the first buoy at 300m where I started passing the women, one more left turn and a 300m straight swim back to the beach! I think around 4-5 women were still ahead of me when I reached the sand. I clocked 8:35 which was a 1:14/100m pace. I was happy with that and I had a 3 min lead. Then I ran up the stairs, get out of the swim skin, buckle up the helmet, grab the bike and then head out on the bike course. The bike course started with a steep hill right out of transition which was a killer, I thought I was going up there so fast and from outside probably looked like I’m dying and not even moving, after passing the hill I tried to get into tt position. The first 2-3 miles was in the state park so it was more like rolling hills where you have the push the downhill so you can keep the momentum going for the uphill so you don’t have to kill your legs on the up hills, got out of the park passed another 3 women. The whole bike course was a hilly fast course so we’re either going up or going down, but it was no time for rest because it’s only 15 miles. At mile 5 or 6 I passed the leader woman after that the bike part was kind of lonely, I wish someone was with me on the bike so we can push each other more. Getting back into the park I see the transition, undo shoes, stop clock (clocked 37:20 24.4 mph avg) hit demount line, get off the bike, rack it, get into running shoes, grab sunglasses and a gel and sprint out of transition. Didn’t see anyone else coming in transition so I knew I have a good 4-5 min lead on the chasing group. So, this way the run was a really comfortable 5:45/mile avg pace pretty much in the park with a little downhill in the end. Got into the finish line with a 1h10min time overall 1st place! Overall, I’m satisfied with how the race went even if this is not my distance and was a training race. It was just so nice to get out there and experience that race feeling again! I want to say thank you to my one-woman team support crew girlfriend Pattie! I also want to thank the race organizers for putting up a race in this challenging year! And of course, to SBR St. Louis Tri shop for supporting me in my journey! Congrats to everyone who finished!